Intense rays of sunshine continued to burn on our faces and our shoulders. The heat overwhelmed to the point it had a presence. It was like a wall of sweltering air that greeted me when I stood in the parking lot of the Cook Road boat launch. It was a heat I have never felt in my fifty-plus years on our planet.

A planet that is being transformed by climate change unprecedented in recorded history.

I am one of the lucky ones. I spent my days traversing the amazing waters of Okanagan Lake. I have enjoyed my last week with enthusiastic people cruising the water and soaking in the soaring temperatures. I felt uplifted inside to able to share these people’s joy.

Escaping the forty-plus-degree temperature on the asphalt of our city has been an incredible blessing. Even though I have faced an incredible amount of busyness in the days passed. My first-world problems pale compared to the poor folks of Lytton.

Lytton BC just recorded the hottest temperatures ever above the 49th parallel. It was 49.6 degrees celsius on June 30, 2021.

Then in an instance of flame and fury, it was gone.

No one knows the full toll at this point but they say as much as 90 percent of the town of Lytton has been lost to a raging forest fire. How that fire began is not known right now but it is tragic how these poor folks have suffered such loss.

Meanwhile, I cruised the pollinated water of the Okanagan and soaked in the sweltering heat. When things became too hot it was time for a refreshing plunge into the glacial waters. Waters that have warmed to the point they are over 22 degrees celsius.

My stomach sank when I looked at the mountain range above the skyline of Kelowna; Smoke billowed skyward.

I had a feeling of dread seep into my body watching the massive smoke cloud rise into the clear blue sky. A sky that was quickly becoming smoke-filled. Memories of summers past entered my brain as the valley was blanketed with smoke so thick it was hard to see across the lake. It felt like a premonition come to light as I watched the yellow-grey haze in the distance.

I read about the disaster in Lytton and then further fires by our mountain home of Big White my biggest fear was being faced. It was a first-world problem that has been increased by our addiction to fossil fuels and the undeniable effect of pollution on our planet.

Yet some continue to deny the reality.

In the sweltering heat of the last day of June in 2021 I find myself hoping for rain more than I have in my life.

The soaring temperatures have been a double-edged sword for our valley. Tourists flock to the Okanagan to escape places like Vancouver, Edmonton, and Calgary. With this influx of people comes an injection of cash that spreads to all corners of our communities. It is a boon and a curse. More people means more traffic and longer commutes.

The temperatures have also increased the risk of fire…

As the days melt onward there is no rain in sight…

Say a prayer for the poor folks of Lytton BC. 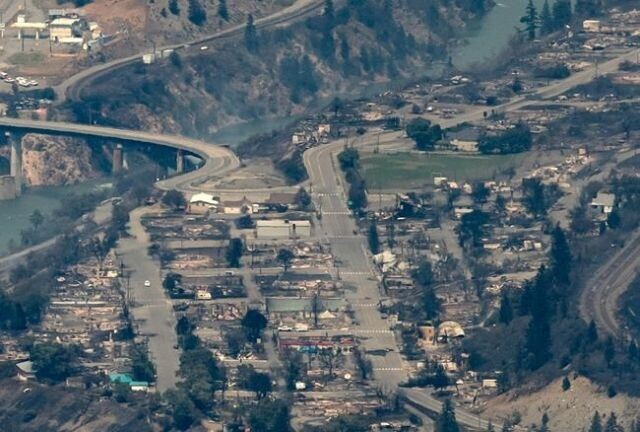 Summer ended with the same warm glory it began with. It was official summer closed out with a mild day on the water. It has been the warmest summer I remember in all my years Read more…

Justin Trudeau and the Liberal Party of Canada just spent 650 million dollars of taxpayer money on an election we didn’t need or want. The result? Nothing changed. The Liberals still have a minority government, Read more…

Joey looked out his window. It was a small window in the door, he felt the fear emanating from outside somewhere. Where was everyone? The street was empty but he was sure they were there Read more…